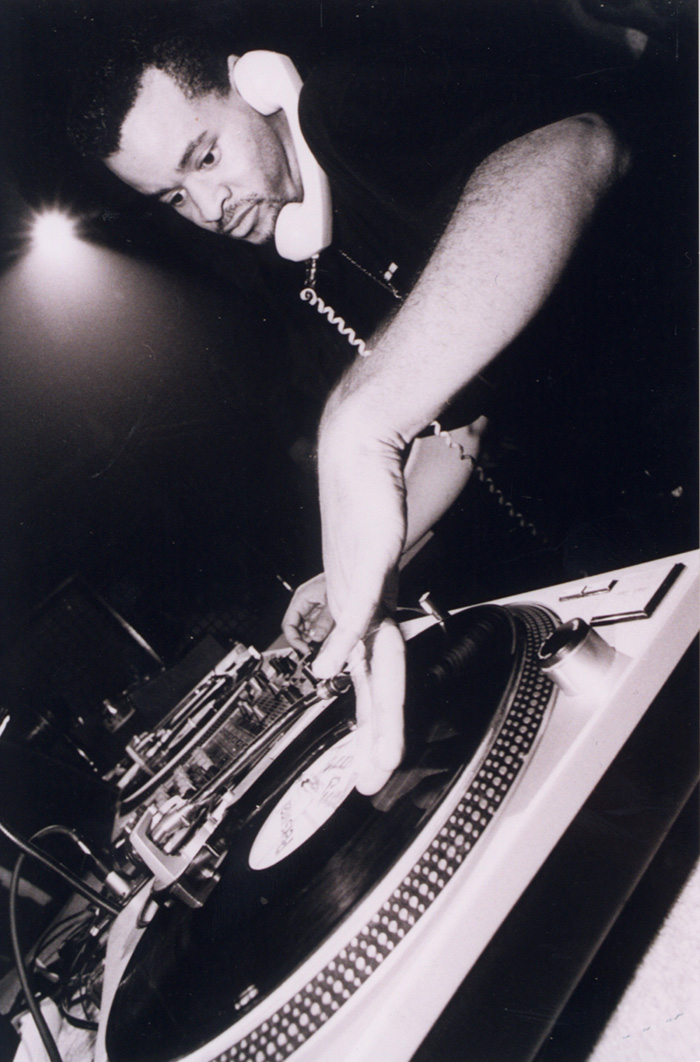 As a DJ, Terrence Parker (known to many as „TP“) has become legendary for his quite uncommon yet skillful turntablism style of playing House Music. TP has also become widely admired because he uses an actual telephone handset as headphones; causing some to give him the nick name, „Telephone Man“. Others call him the „Telephone Man“ because he has answered the CALL to bring us music to feed our souls! TP has performed as a DJ in 27 countries (more than 200 hundred cities) throughout the world. These events range from night clubs (large and small) to music festivals with more that 100,000 people.

Since 1988, TP has released more than 100 recordings on various labels, and has had top 20 hits with his songs „Love’s Got Me High“ (with 2012 remixes by Marc Romboy and Jimpster), „The Question“ and albums like „Detroit After Dark“ in the U.K., The Netherlands, Germany, and France. Terrence’s high quality of music productions, remixes, and DJ skill has been recognized by organizations such as the Detroit Historical Museum’s History of Techno International Exhibit, and Indiana State University’s Department Of African American Music And Culture. TP’s collective musical works and pioneering efforts have been recognized as a valuable contribution to Detroit’s music history, as well as the International History Dance Music.

Terrence’s personal productions have been featured on current projects such as Defected In The House Ibiza 2012 on Defected Records/UK, and Poolside Music on Kontor Records/Germany. Terrence has also been busy working on his own projects with artists like Reno Ka, Kelly Gunn, and Coco Street which are featured on TP’s label called Parker Music Works! In addition to TP’s first label venture known as Intangible Records, TP’s music has also been released on labels such as Studio K7 (Germany), Network/Six6 (UK), KMS (USA), Simply Soul (USA), Deconstruction (UK), Superb Ent. (Japan), as well as major labels Universal, EMI, Virgin, and Sony/BMG.